There are different types of ammunition out there, each designed for a specific purpose. Some ammunition is suited for self-defence, war and power. There is also ammunition that is specifically designed for sporting purposes. This includes hunting, training, target practice and other recreational purposes.

Ammunition that is designed for sporting varies in many ways from other types of ammunition. You should be aware of what makes ammunition for sporting unique from other selections so you can make the right decisions moving forward.

The first characteristic of sporting ammunition is its minimum recoil. This means that when the rifle/gun is fired, there is minimum backward force on your arms, shoulders and hands, preventing them from tiring quickly. Ammunition used for training and target practice should have light recoil.

Ammunition types such as magnum loads are typically avoided for sporting or recreation, except when hunting wild game. Smaller rim fire cartridges are best suited for these purposes.

It's important for sporting ammunition to be cost effective in its design and production. Ammunition for recreation and training tends to be used in larger quantities, and it can be quite expensive if the production process is complicated. The ammunition used typically consists of a full metal jacket design. It's composed of a soft core enclosed within a hard outer shell. The ammunition should also be projectile in nature, meaning that it easily maintains a proper path when fired.

Sporting ammunition costs much less to manufacture and produce than other types of firearm ammunition.

Sporting ammunition is also defined by its smokeless powder design. Smokeless powder is unique because it does not explode when ignited. It is able to handle very high pressures within the firearm without exploding into hazardous flames.

Because recreational ammunition is built on a safety first framework, smokeless powder offers an important ingredient for the manufacturing of safe firearm components.

Minimal effects on the environment

Sporting ammunition is typically designed to withstand multiple environments. Many factors, such as humidity, storage, chemicals and solvents, can affect the effectiveness of ammunition.

Therefore, recreational ammunition is designed to be durable and effective under multiple conditions. It can retain its projectile properties and power even when stored for long periods of time or exposed to mild amounts of moisture and temperature. However, it's still important for sporting ammunition to be stored safely and properly tested before use.

An ammunition shop will be able to aid you if you have any further questions. 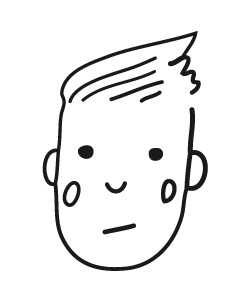 If you are a real couch potato who likes to spend all of their free time sitting in front of a TV, I know how you feel. I used to be just like that. I hated having to do anything and the idea of outdoors fun or sport just made me want to vomit. However, sitting around watching TV didn't make me feel so great either. Thankfully, I met my boyfriend. My boyfriend is a real sporty type of guy who loves to do just about every form of sporting or recreational activity. He soon had me out there with him playing tennis, swimming and even sailing on a boat. I have learned to love and value that these activities can bring. I hope you like my new blog.

Why A Hard Floor Camper Is Your Investment In A Lifetime of Happy Memories
23 May 2019
Australia is a land of extraordinarily varied natural beauty, from rugged vistas in the centre of Australia to the lush green-lands along the coast. T …

Characteristics of Ammunition used for Sporting Purposes
29 January 2018
There are different types of ammunition out there, each designed for a specific purpose. Some ammunition is suited for self-defence, war and power. Th …

Types of Caravan Awnings
25 January 2018
Awnings are not only useful for the home. They are also useful accessories for caravans. They enhance a caravan experience by adding extra outdoor spa …